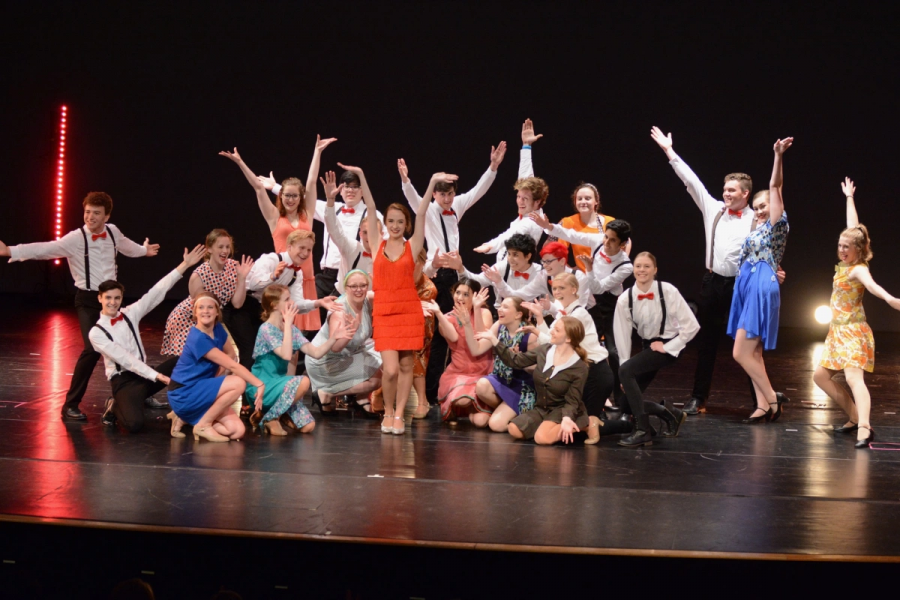 If you love acting, or even if you just want to hang out with your friends, Drama Club is a fun opportunity for anyone looking for a more laid back extracurricular.

Rather than the big production plays you see being performed at school, Drama Club is “the lesser version of the big shows,” says junior Vishwa Madhusudhanan, one of the four co-officers for Drama Club. “We have meetings where you can come and chill and get information about drama. We do a lot of activities and workshops. It’s a great place to hang out with friends and learn more about the theatre world.”

Madhusudhanan loves participating in the club because it allows him to meet so many different people. “We have tons of students in Drama Club. Anybody from any background may be interested in the club, and that is what we try to encourage. We strive to have as diverse a community as possible.”

The group takes pride in its community. “Some of the nicest people I know are in Drama Club,” he explains. Joining is a great opportunity for anyone who is hoping to break out of their shell this year.

Drama Club is not just about socializing. A lot of hard work goes into preparing for shows and developing theatre skills. The head officers are happy to help all students develop the skills they need to thrive.

Despite the pandemic, meetings will be run as they were in previous years. “We will be giving announcements, playing games, and talking about drama,” says Madhusudhanan. They’ll start at 3:30 in the afternoon of every second Tuesday and every fourth Thursday of the month.Meeting links are to be sent out into the Drama Club group chat.

The club also might be trying out some new workshops this year about different drama topics.

To students who are nervous about the changes the pandemic has brought, “take as much time as you need to join. Don’t feel pressured to do shows, but I highly recommend going to meetings because you will gain valuable experience that will help you in the future. ”

Drama Club is still looking for people to do tech work. Tech work is anything from costume design to set building. This is a great idea for anyone who is hoping to learn skills off the stage.

Once clubs return to their normal formats, members of the club can use the skills they learned over virtual meetings to do shows and as building blocks for further developing their technique.

More information can be found by watching this Executive Information Meeting.

If you want to join drama club, the best way is to fill out their Co-Curricular Club form, which can be found on this page: https://www.edenpr.org/eden-prairie-high-school/activitiesathletics/co-curricular-clubs

You can also check out their social media through theses links: