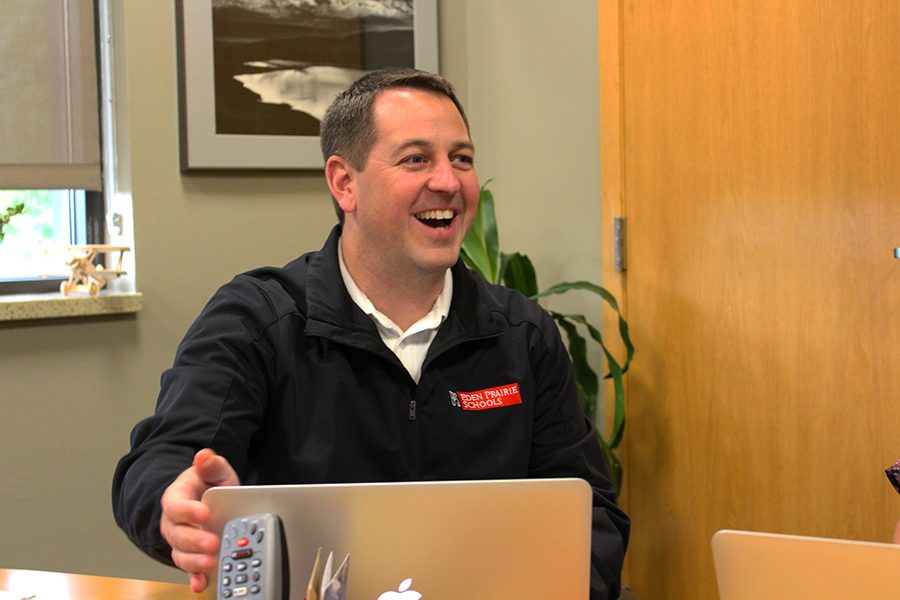 Moving up: The new superintendent

The beginning months have been a success for the new administration. Swanson described that he had a lot of connections and great mentors along the way that helped him get to this place in his life. So far, the biggest challenge during the first few months has been the learning involved. “You may learn about something, but you truly do not know it until you are in that role,” Swanson commented, “Stepping into this role has expanded the number of people and the roles that I am serving, it has not been new work but a different look.”

The current focus has been on the new take on learning. With developments in personalized learning and strategic teaching, the overall mission has been reconstituted to inspire each student everyday in different ways. “I do not think we have reached our mission [. . .] my hope will be to reset as a team and focus on the next five years.”

What do the next five years look like? Swanson answered that there will be many big challenges to deepen learning and work on achievement disparities disappear. “I continue to see us working towards what our beliefs look like and working as a community.” Swanson answered. There is a difference between systemic implementation and new practices. “We have focused a lot on this side of systemic implantation but I hope to see a more blending of the organic things that happen and how we can balance it towards our goal.”

The Eden Prairie School Board is able to choose a new superintendent and set executive limitations on his power. Though Swanson had received multiple outside offers, ultimately, he decided to take the position on August 21, 2017. Principal Conn McCartan commented on the selection by stating,“The ability to recruit and obtain a really good talent is challenging.” Together, the Board and the superintendent must make decisions for each student and their education.

To protect the School Board from a sudden loss of superintendent services and to not disrupt the progress of the school district, a succession plan has been in place for roughly a year in case Tryggestad wished to retire. School Board Chair Elainee Larabee said the transition has been smooth and the School Board is ready to help the superintendent gain new experience, lead well, and meet the expectations set forth by the district.

Swanson has a three year-contract that will allow him to continue managing the progress of the district and directing the new technological advancements. However, Swanson sees his position as more than a role of power as he stated, “I may be leading people, but I am truly serving them.”