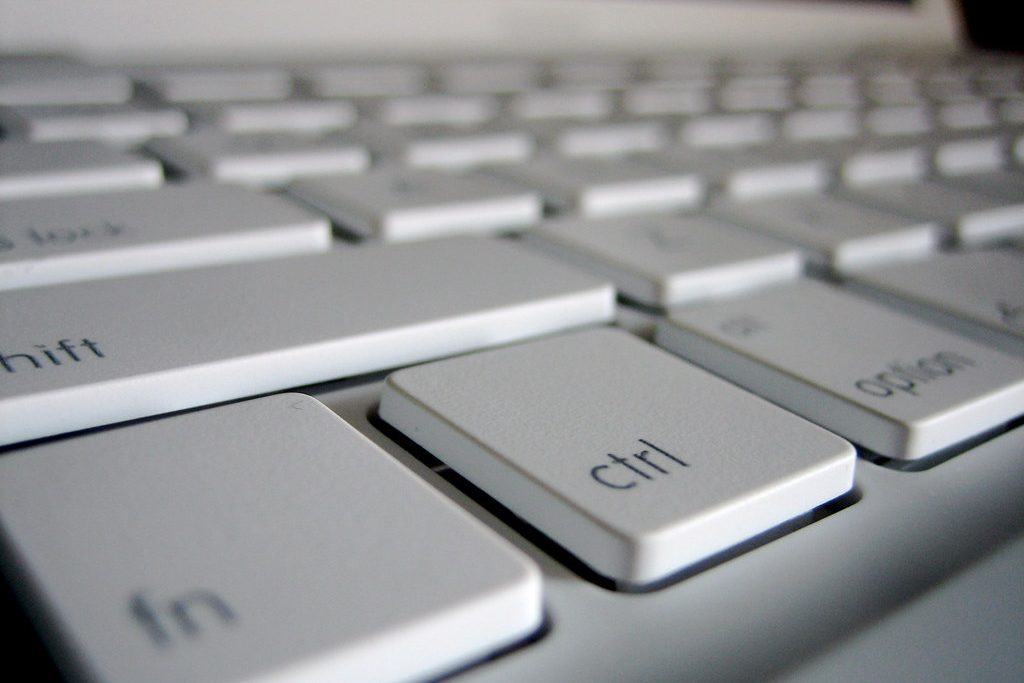 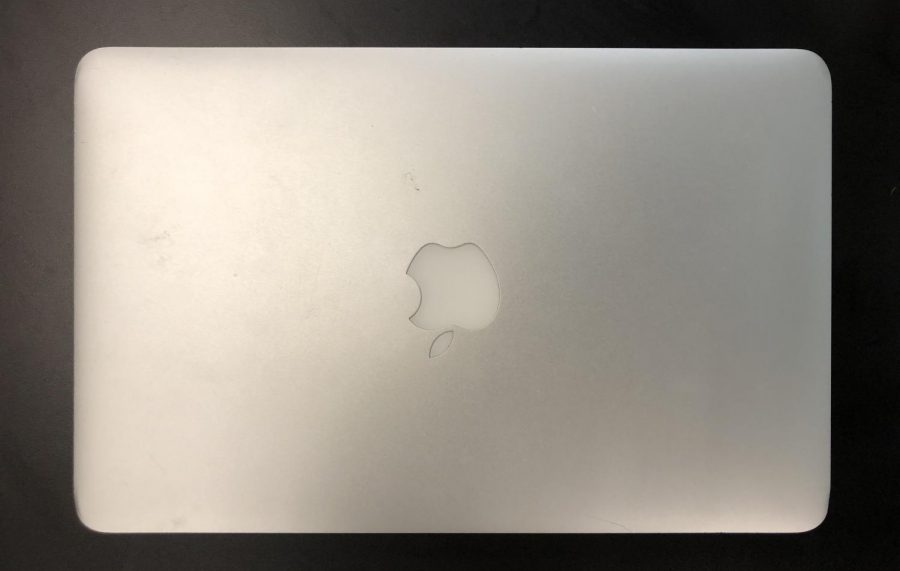 Remember freshman year, when we got our Macs for the first time? I do. Upon receiving my 11-inch MacBook Air, I was instantly amazed and thought that it was the coolest piece of technology to ever exist. It functioned well for a while, but having the same one for four consecutive years can cause a lot of trouble. As a student with profound experience with the old Macs, I’ve got a laundry list of things to discuss about them.

First is the absolutely deplorable battery life. Let’s say that you were working on an assignment at one hundred percent battery. When you’ve finished it fifteen minutes later, your battery is already down to seventy-five percent. The amount of times that this has occurred makes me go insane. I don’t know about you, but I’d much rather complete my assignments without having to charge my laptop repeatedly. The inconvenience of having to charge my laptop while crunching to get my assignments done on time is downright outrageous.

Speaking of inconveniences, can we discuss the fact that the old Macs are SO slow? Even as I’m typing this, my laptop is taking some time to process. It definitely isn’t an Internet issue. Another tab could be open, and my laptop suddenly acts like it’s never experienced having multiple tabs open at once. Do I really need to close out every tab just so I can do one trivial thing?

While I may be bashing the old Mac, I will say that there are some positives to owning them, one reason being how easy it is to personalize it. It was not that hard to find an artistic laptop case on Amazon that matched the same model as the old Macs, and I could even add stickers! Incorporating your own personality to your school-issued laptop makes the experience with it that much better (despite its flaws). I hear that you can’t do that on the new Macs, so I definitely have an advantage for owning a laptop that I can decorate.

As for the size of the screen, I think it’s perfectly fine. I never had any concerns about the screen size – as long as I’m able to read everything on my screen easily, screen size isn’t a major issue. In fact, the physical looks of the old Macs aren’t incredibly bothersome. The old Macs are lightweight, allowing for seamless portable transport from one place to another.

I can’t write this review without talking about the lights that illuminate the keyboard every time you type. There have been times that the keyboard lights don’t illuminate on several occasions, and so I’m spending the majority of my time simply trying to turn them on. Yes, that’s how much I enjoy the company of keyboard lights. Since this function is on both Macs, they each earn a point for the lighting, although I do anticipate the newer Macs have much brighter keyboard lighting.

While the old Macs have their flaws, they are functional enough for those who prefer a more minimalistic, less high-tech option for academic or personal use. If you can settle for occasional glitches, you can probably tolerate owning an older Mac. Their lightweight, functional and clean design allows for easy use of the laptop. Rest assured that if you still have not gotten to school to pick up your new Mac, you have got a good quality laptop to be used for all your academic needs. 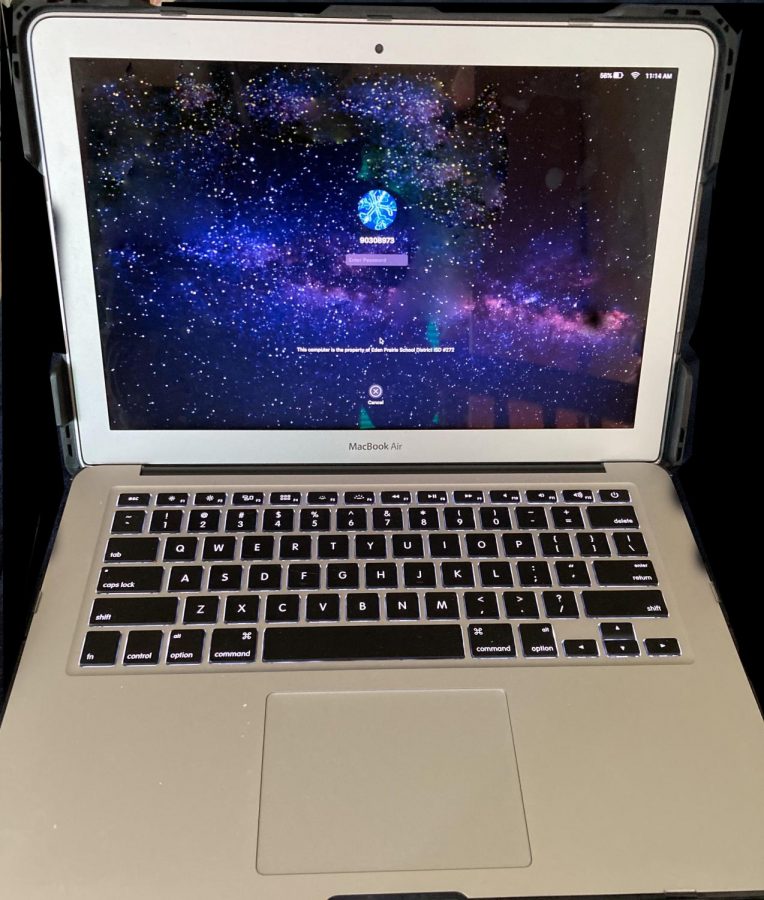 I like to think I’m a technology goddess simply because I can often be found online. Unfortunately, this is a lie and I’m usually winging it the whole time. This is why I was disappointed with the bundle of problems that awaited me when I received my laptop last year, from the terrible battery life to speed slower than a snail. After a few weeks of being on it constantly no thanks to COVID, you can imagine my pleasure when it was announced that we would be receiving new Macs very soon.

But are our newer computers really any better than the old ones?

The main selling point for the new Macs is the larger screen size. They are a whopping thirteen inches wide! Compared to the old size of eleven inches, I think it’s safe to say the new ones win out in that department. While the old ones were fine and still readable, I find that things are much easier to read now. That comes in handy in classes where I have to take tons of notes.

I’m sure every student who has had the old Macs has complained about how ridiculously bad the battery life is, me included – in fact, as I’m writing this, I keep glancing over at my battery percentage, thinking it will drop another five percent in the next ten minutes. When I set up my new Mac, one eye on the percentage in the top right corner, I feared for the worst as it ticked down closer to the dreaded zero. I won’t lie and say the new battery life is perfect because it’s not, but compared to the old one it is heavenly! Now I can wait until part way through fourth hour for me to plug in my laptop instead of the old beginning of third. If I’m lucky, maybe I can even make it through the whole day without having to plug it in. That thought was only a pipe dream with the old ones.

The next topic of discussion is a petty one, but I’m an artistic person and unironically bad designs make my head spin in circles. We need to talk about the looks of the new Mac.

Someone over at the tech department had the bright idea of putting a comically bulky case on the already larger (and therefore heavier) Mac. My best guess is that it’s supposed to protect the screen if you were to drop it, which is a valid point, but it just looks hideous. One of the positives about the old ones is that you could personalize the cases with stickers or a pretty case, but you just can’t with these.

“But Elizabeth!” you shout, revealing the elephant in the room. “Just take the case off!” That’s the other thing – it’s extremely hard to take them off, if you even can at all. There is one big visual pro, though, which is the continuation of the keyboard lights. I love how sleek they look, and they make the writing experience more fun.

I also find my computer does tasks faster. Perhaps that’s due to getting better WiFi at home, but one can assume it’s because the new Macs are, well, newer (2017 compared to 2015). It crashes less often, and Google searches generally take a much shorter time than before.

Overall, I would have to say the new Macs are an upgrade over the old ones. They have larger screens, a battery that doesn’t drain as fast as a bathtub, and have a faster performance speed. While the visual appeal could use some work, they’re a great laptop for students working at home or in school this fall.